TL;DR, There used to be a bug in Internet Explorer allowing attackers to force victims to send requests with malformed Host headers. File Descriptor used it to steal GitHub OAuth tokens, and we used it to confuse Heroku and Fastly’s host routing to make them serve our content on their customers’ domains. Fastly and Heroku have since then patched the issue on their side.

The Internet Explorer/Edge bug worked like this. Doing the following redirect (from a malicious link):

Would result in Internet Explorer/Edge sending this request to www.drupal.org:

Now, both Heroku and Fastly had lax parsing of the Host header. This meant that even though the /-character was inside the header, they would still think the host was a subdomain of .to.to. This made it possible to claim *.to.to as your own domain on the services, point all subdomains of the .to.to-domain to malicious content and then use the Internet Explorer/Edge bug to serve the malicious content on any domain bound to Heroku/Fastly.

To see this more clear, look at the following domain:

We then made the following test request using cURL:

And got the following response:

This is because we claimed *.to.to in Fastly, serving our simple app providing this content as a proof of concept.

We now send the following link to the victim:

This would give us the following redirect response:

Which would make Internet Explorer/Edge send the following Host header:

Instead of invalidating this request, both services would actually handle this host header as a subdomain of *.to.to, serving the content we controlled: 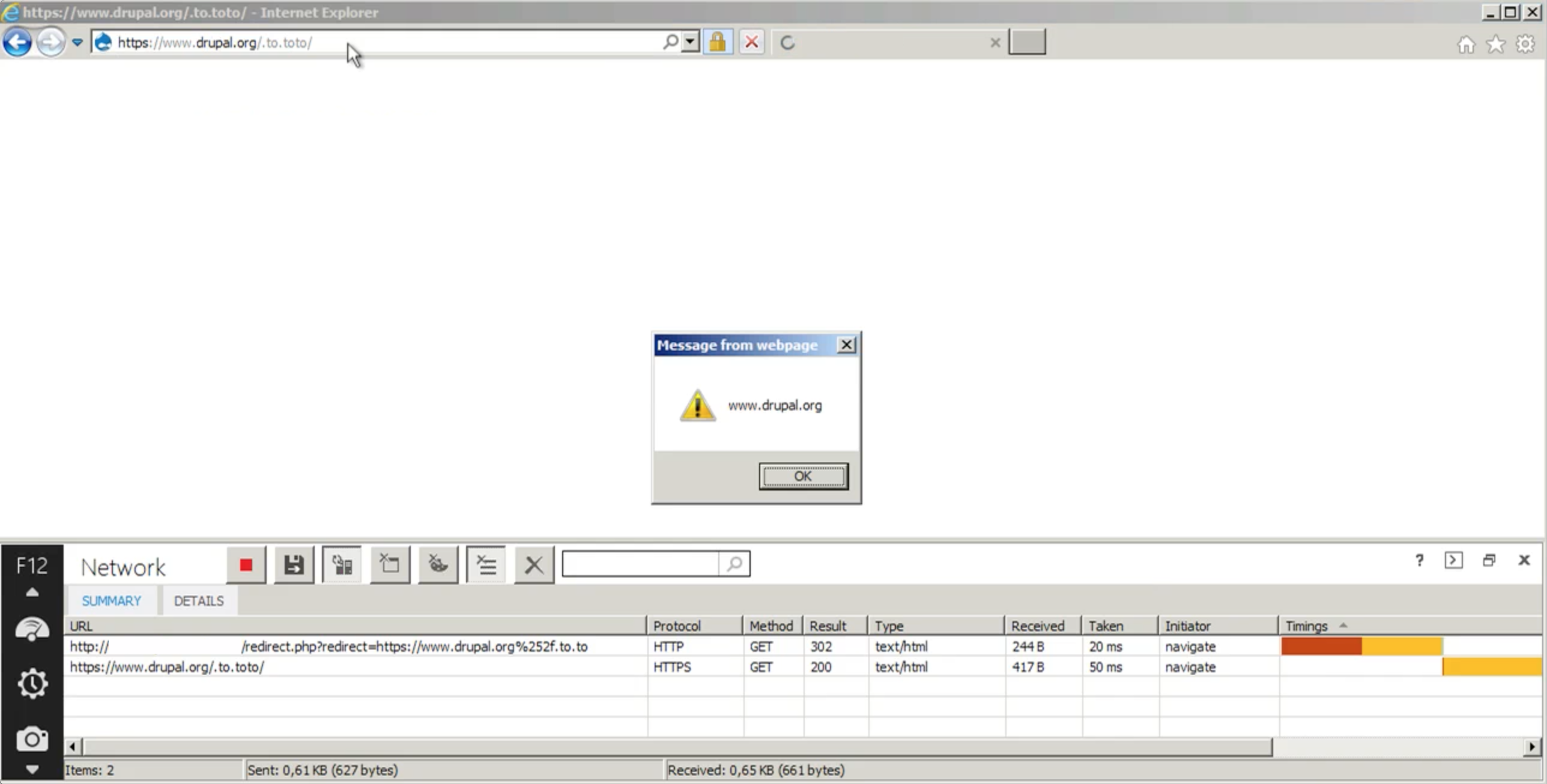 This meant that the combination of the lax host parsing and the Internet Explorer/Edge bug allowed us to us spoof content on all customers of these two services. We could serve any content we wanted or even make authenticated requests that would be allowed under the Same-Origin Policy (SOP) to hijack the current user.

Microsoft was previously informed twice about the Host header injection, they fixed it once, but regression made it come back again.

Basically all customers of both Heroku and Fastly that did not use any additional proxies in between were vulnerable. The only browsers that allowed us to do this were Internet Explorer and Edge. During the time, Safari had similar issues, but the origin was emptied, so the SOP restricted us from doing additional requests. Even though content extraction worked in Safari, the resolved page only had our content, which made the Safari bug pointless in this case.